The Immortal Life of Henrietta Lacks by Rebecca Skloot. Non-Fiction, history, kind of a biography I guess.

In 1951 Henrietta Lacks died from aggressive cervical cancer. She left behind a husband and four young children. She also left behind a sample of cancerous tissue that did what very little other human tissue had ever done before, it lived. Her tissue survived and reproduced, providing a unlimited source of human cells for experimentation. You can imagine the breadth of research possibilities that became possible when this cell line – called HeLa – originated at Johns Hopkins.

But the Lacks family couldn’t. END_OF_DOCUMENT_TOKEN_TO_BE_REPLACED

The conceit of the Fallen Angels series is that seven souls are at crossroads, heaven and hell are vying for each soul and whoever gets best of seven gets to take over the world.

Jim Heron, the hero of the series, has just traded a win in the aforementioned divine contest to get Sissy Barton out of hell. Cait Douglass, the heroine of the book, is trying to get out there and live life, energized by the death of her art student, Sissy Barton. So now Jim has Sissy and is desperately trying to tell himself and his boner that he’s all altruism. Cait rather suddenly has her choice of two hot but slightly off putting men.

Jim’s story is now far more compelling than the intra-book plot. Cait’s story is interesting and relatable. I think most of us have had to choose between two unknown but seemingly desirable options. The identity of her partner in Happily Ever After is obscured for quite a while. Obscured for even longer is who the soul in play in this round is. Which is a reflection of the fact that Jim has completely lost the plot and is so focused on “caring” for Sissy (e.g. convincing his boner to chill the fuck out) that he completely forgets to be the savior of the universe. Jerk. There is quite a shocking event at the end of the book that I didn’t think made much sense, but I’ll trust Ward to know where she is going with it.

Ward is a reliable writer. Her men are forceful and her women are too.  But she is getting a little too reliable these days. I’m a little pissed off that out of the five books and four souls so far, not one has been a woman. She has been giving us conflicted, glorious damaged male protagonists for a while and now I want a woman who could tip in the wrong direction, rather than women being what brings men back to the light side. That being said, the main antagonist of the series is a woman and she’s awfully evil.

I am hoping that the effort of keeping two series going at once (Black Dagger Brotherhood and Fallen Angels) does not cause either to be diluted.

Dragons and Warrior Daughters – Ed. Jessica Yates , a collection of short stories all featuring prominent female characters or protagonists, some of which have dragons.

I picked this book up for two reasons. It has a story from Robin McKinley, one of my most beloved authors, and I am trying to populate my daughter’s bookshelf with positive stories about women and girls.

I got exactly what I was hoping to find. The stories were varied in tone and the role that each woman played. What did not vary was that each protagonist was faced with difficult choices that had no pat answers. Even more than their being women, I enjoyed that each heroine had to choose from imperfect solutions to their problems. Some of the stories had slightly improbable, happily ever after conclusions, others were ambiguous, and others downright depressing.

Some stories had more of a moral than others. The last story, a very dark revenge tale, is a caution to be careful, let we get what we wish for. A story set just after the fall of the Roman Empire illustrates that glory follows those who seek it and true heroes act out of righteous purpose, not a desire for fame. McKinley’s story, which led me to the book in the  first place, is about the power of love but also shows how our greatest proponent and and also our greatest critic lies within and that your life will follow on which you choose to listen to.

I’m happy I picked this up and I will be setting it on the shelf for my daughter to investigate in another 10-12 years. Heck, I might even read it again!

Fyrehaar: New Thermals album
Fyrehaar: sounds so samey
Fyrehaar: wish they would play around with their sound profile
Sonic Rob: yeah 🙁
Sonic Rob: I remember the songs being a lot of the same tempo as well
Fyrehaar: there are some good lyrics in here
Fyrehaar: I just want a wider audio range
Fyrehaar: lo fi is cute and all but they did that
Fyrehaar: I want to take this and mess with it
Fyrehaar: change some tempos
Fyrehaar: like, turn one of these into a ballad
Fyrehaar: do another one as punk rock
Fyrehaar: maybe an acoustic
Fyrehaar: it just sounds like B sides from BBM
Fyrehaar: same fucking rhythm
Fyrehaar: Jesus
Fyrehaar: it’s just so unoriginal
Fyrehaar: Thermals, I am disappoint
END_OF_DOCUMENT_TOKEN_TO_BE_REPLACED 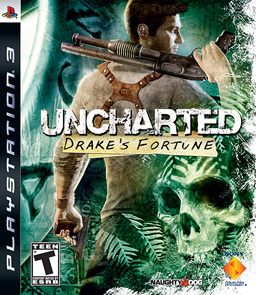 END_OF_DOCUMENT_TOKEN_TO_BE_REPLACED

Assassin’s Creed is starting to feel a lot like Madden NFL in a weird way. The crunchy toast of the play mechanics and user experience have been unchanged for several years now, while various marmalade-y experiments have been slathered on top of it and then scraped off in disgust or retained for next year’s bite. Revelations has pretty much everything you liked about Brotherhood in abundance, and probably has all the stuff you didn’t like lurking about as well. The stuff that’s unique to this entry is all awkward at best and sort of crap at its worst, and Revelations exudes the desperate musk of a franchise trying to justify too many releases too close together by piling on features for the sake of features.

END_OF_DOCUMENT_TOKEN_TO_BE_REPLACED 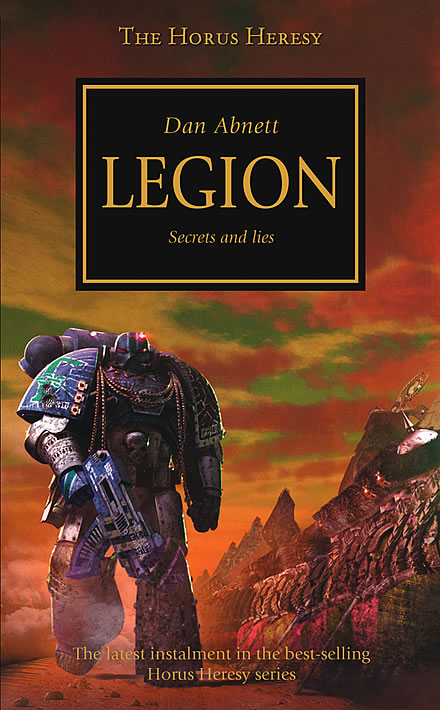 Dan Abnett is arguably the best author working in the Black Library’s Warhammer 40,000 setting. He has a wonderful ear for dialogue and his characters tend to be well-drawn and to have understandable motivations, even if he introduces them only to kill them off a few sentences later. This is actually one of his favorite tricks, and it means that his novels, set in the splinter of the 40K setting known as the “Daniverse” are among the more colorful and well-populated.

Abnett also understands a key problem with 40K, which is that it’s actually sort of a shitty setting. Space Marines are dull, Imperial Guardsmen are idiots, and even Orks can get monotonous after a while. Sure, in the grim darkness of the far future there is only war, but you have to write about more than war or risk your novel turning into a Risk War Diary. Abnett’s solutions, at least in the novels I’ve read, are to avoid writing about Marines whenever possible, and to populate his stories with more-or-less normal humans who exist in cultures distinct from the usual kinda-like-Nazis-kinda-like-Victorians Imperium of Man. Legion, the 7th novel in the very long-running Horus Heresy series, set in the 30th Millennium, long before the “present” of the 40K universe. The novel purports to tell the tale of the Alpha Legion, youngest of the Space Marine Legions and one that we know in 40K as a dreaded Traitor Legion. In fact, like a lot of the Heresy novels Legion takes place mostly from the perspective of a series of bystanders, normal humans serving alongside the Alpha Legion in the vast non-Marine human armies.

John Grammaticus, an immortal psychic, works for a Cabal of aliens who have seen the future. They would like to meet Alpharius, leader and genetic template for the Alpha Legion, so they can warn him about a coming danger to the galaxy that the Legion might be able to help avert. The aliens don’t trust the humans, who are a young and violent species, and the humans don’t trust the aliens because various aliens have perpetrated mass slaughter against humans at times when the Imperium was weak. Wacky misunderstandings and hijinks ensue.

END_OF_DOCUMENT_TOKEN_TO_BE_REPLACED

The Curse of Chalion & Paladin of Souls by Lois McMaster Bujold.

The Curse of Chalion and its follow up novel, Paladin of Souls, are explorations of the human relationship with the divine wrapped in a pair of eminently readable fantasy novels. END_OF_DOCUMENT_TOKEN_TO_BE_REPLACED

The Feminine Mystique by Betty Friedan. The book that gave a name to the problem with no name.

If you are a feminist or you agree with some of the principles of feminism (that women and men deserve equal opportunities and treatment) and you haven’t read this book you should. You should get ready to get mad. If you think we don’t need feminism anymore, or that we didn’t need it in the first place, you should read this book. END_OF_DOCUMENT_TOKEN_TO_BE_REPLACED