SonicRob: Amazon lists Dante’s Inferno as inspired by “the first book of Dante’s epic poem”. Can you imagine someone being bummed out cause it isn’t Purgatorio?
FyreHaar: heh
FyreHaar: “Whaaa, I thought it was Paradiso where you ride fluffy white clouds and have to help ponies get their angel wings? 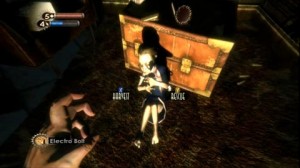 END_OF_DOCUMENT_TOKEN_TO_BE_REPLACED

Someday we really need to find a way to turn one of these podcasts around in less than a month. This podcast was originally recorded in the second week of December 2009. It was then burned to a series of wax records, placed in a steamer trunk and covered in concrete, thrown from the Golden Gate Bridge, buried in Pacific sediment, fossilized, left to sit for a geographic age, excavated by paleontologists, exhibited in the National Museum, and then stolen and placed on the Internet for your amusement. Enjoy.

>> 00:30 Benediction and movies talk. Fantastic Mr Fox. Sherlock Holmes pre-watching jitters. Everyone hates Avatar without ever seeing it.
>> 08:17 Books. Fyre talks about the Cannonball Read. Rob saw Twilight, which was based on a book.
>> 13:14 Recapping events at Ümloud.
>> 20:14 Games of the month. We talk TF2 and the Dante’s Inferno demo. Fyre tries to be Hater of the Week. Analog gaming is briefly mentioned.
>> 43:25 Rob talks about Madden NFL 2010 for ten Goddamned minutes straight. Rob earns the Hater and Lover of the Week titles simultaneously.
>> Music for this episode is “Fakeout” by Derek K. Miller