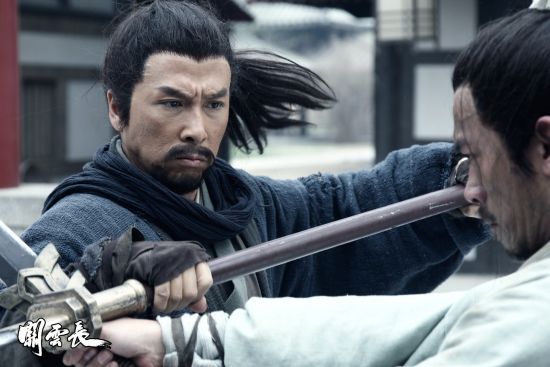 Should you have on your computer, through whatever means, a copy of the 2011 martial-arts film The Lost Bladesman, and should you perchance have attempted to view this Chinese-language film accompanied by the most common English-language subtitles available on the internet, you may have noticed that those subtitles suck. They are just not very comprehensible. From what I understand, this is probably because they were produced by running a Vietnamese-language script of the film through Babelfish, so that probably gives you an idea of what I’m talking about; there’s a lot of “Do not want!”-style dialog.

Having somewhat enjoyed the film in spite of its issues, I decided to take a few hours and copy-edit the subtitles into something a little more put-together. Admittedly, there were a lot of rough spots; some of the idioms I think just don’t translate well into compact English. I’m not sure if it’s how Chinese works or if the film is badly-written (or, again, if the translation is lousy), but some of the conversations veer wildly through numerous topics with no real transition between sentences. I did what I could to make things clear, readable, and fun. In maybe one or two lines, this entailed a total rewrite, which I find sort of tacky and embarrassing, but I think the effect is worthwhile.

Also, there are several instances of written Chinese that had no subtitle translation; as I can’t read Chinese (nor, in the interest of full disclosure, do I speak Mandarin or Cantonese), these written segments remain untranslated.

So, going back to your hypothetical non-pirated copy of The Lost Bladesman, I here present a set of modified subtitles that might be a bit more esthetically pleasing to English-language viewers, in .txt format. To use them, download the file and edit its extenstion from .txt to .srt; wordpress won’t let me upload .srt files for security reasons.

If you have a roughly-translated set of English-language subtitles, and you’re looking for someone to punch them up and clean up their spelling/grammar/coherence, feel free to get in touch with me. I offer reasonably fast turnaround and competitive rates.

Actually, I have no idea what would constitute either. Watch the film; Guan Yu kicks like 400 guys’ asses with a halberd, punches a guy right in the helmet, and takes on an entire army with a single rock in his hand.