Sig and I just got back from E3, so in the spirit of Games Journalism(tm), here are some awards that I am giving for the games I saw there.

I was never a big fan of the Modern Warfare games, and I tend away from military shooting generally, but the move into balls-to-the-wall sci fi seems to have freed the people at Respawn to create a really bonkers team shooter. The action looks fast and frenetic, the guns look weird and varied, and the whole thing looks gorgeous.
Honorable Mention – MURDERED: SOUL SUSPECT

Sig and I are going to have to agree to disagree on this one: he thinks Murdered looks linear and dull; I’m intrigued by the premise and characters. I guess we agree that it might not be that fun to play, but disagree about whether that’s a dealbreaker.
Best Game in an Existing Series – ASSASSIN’S CREED IV

A bigger world, seamless travel through all of it, a boisterously badass Kenway protagonist, smoother multiplayer and YARRR pirates everywhere. What’s not to like? Maybe it was a bit unnecessary given that I was gonna buy the game anyway, but Sig and I went to see the short trailer in the Sony theater, then the longer version in the Ubi booth, and then waited in a good long line right next door to play the multiplayer for a bit. I’m even more hyped than I would have been before – if there’s any one reason I’m thinking about buying a next-gen system it’s to play the proper version of this game and not the cut-down 360 version.
Honorable Mention – THIEF

I never played the original Thief games from Looking Glass, but all the beardy old PC gamers tell me they were the cat’s tits. The new game looks like Dishonored but with all the wacky superpowered combat trimmed out and more powers for sneaking and avoiding detection. The level we saw in the demo was titanically labyrinthine, and ended with around twenty minutes of constant explosions. Worth investigating for insanely patient stealth nuts like me.
Surprise of the Show – DIABLO III on PS3

I had no interest in Diablo III when if came out on PC last year, but the new version they’ve put together on the PS3 is great fun for friends sitting together on the couch. It comes across less like a grim n gritty treasure grind and more like a high firepower take on Gauntlet. It remains to be seen how they keep the bookkeeping part of the RPG – sorting through loot, adding skill points – fun for the players that aren’t doing it.
Honorable Mention – PLANTS vs. ZOMBIES: GARDEN WARFARE

A super-cute, super-clever take on the team shooter. I didn’t expect a lot from a reworking of a tower defense game into a 3rd-person horde shooter, but PopCap’s first action game shows a ton of wit and depth.
Disappointment of the Show – BETHESDA’s enormous but press-only booth. 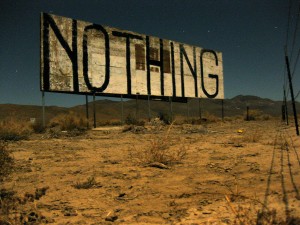 Bethesda’s made a lot of their reputation on the Elder Scrolls games, most recently Skyrim, which I’ve managed to dodge so far in my gaming history. They’ve got a nicely broad slate of promising new games coming up in the next couple of years: Prey 2, Wolfenstein, and The Evil Within. Their E3 booth was immense, awash in Daisy Duke-ish models, and not open to the public.
Dishonorable Mention – DEAD RISING 3’s frame rate

Dead Rising was a fun little entry in the zombie apocalypse genre: stuck in a mall for a week, you run around using everything from katanas to stuffed animals as weapons, and express your ever-tenuous grasp on reality by changing into a variety of truly ridiculous costumes. The latest game is set in a more lifelike urban Faux Angeles, with a grubby El Wray mechanic as our hero. Capcom is flogging the game as an XboxOne launch title with bumping graphics, but increasing the amount of zombies and weapons on screen by 200% seems to have been too ambitious. Our demo featured plenty of slowdown and a dash of screen tearing. There’s still time for Capcom to get things back on track, but this wasn’t a promising performance.
Gimmicky Trend of the Year – Open world scavenging
Dead Rising, Dying Light and Mad Max all let you run around in a big world gathering materials to make more tools and weapons, as does the already released State of Decay. I have this odd feeling like all of these developers watched the first episode of Walking Dead back in 2010 and immediately got to work on their respective post-apocalypse games. Every other game on the face of the show has jettisoned the concept of discrete levels too. The coming generation of games won’t have loading screens or level select menus: you’re going to have to walk your ass through whatever world the developers see fit to build for you, engaged in a constant war against the multitude of little mission markers peppering your minimap, all the while desperately hoping to see a fast travel station appear somewhere on the horizon. Good developers are going to create interesting environments full of interactivity and suprise. Bad developers are going to create single player MMOs and empty cities full of traffic rather than gameplay.
Honorable Mention – Companion apps 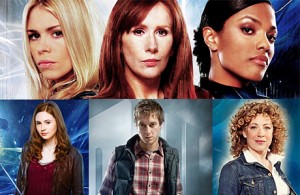 Watch Dogs lets random weirdoes on the internet with iPads hack the security cameras and road barriers in your game. Ryse has a chapter select app that also works as a strategy guide (take that GameFaqs). Dead Rising 3 has a little map viewer that calls in airstrikes in the game. Assassin’s Creed moves the usual metagame of sending your allies across the world to fight templars onto an app; oh, and the app lets you place makers on your map, huzzah. This weird map-based brand of side-play is coming up on both XBox and PS4 – I can only assume that both Microsoft and Sony are pushing their major publishing partners to integrate these stupid things, as they add so little to the actual games that every demo I saw included a sheepish look from the developers who had to earnestly flog such flaccid unnecessities. I mean, where’s the fun in stopping your AAA console experience to put down your controller, pick up an iPad, and then jab at a few icons on the same map from the same game? The point of all this? I’m guessing the console makers are seeing more and more gaming time being eaten up on tablets and want to plant a flag there. So far the best they can come up with is to take all of the menu interfaces they’ve ripped out of their oh-so-seamless open world console titles – your level select screens, your wireframed world maps – and shunt them into another program entirely that you can only access on a different device. Because… reasons? They’re trying to keep your living room game on your mind when you’re on the bus or the can. The whole thing seems very first-generation; maybe in a year or two if they keep at this nonsense we’ll see companion apps that do more than let you tap on a top-down view of the map from your console game. Both Dead Space and Mass Effect had mobile versions that were built out into full 3-D gaming experiences in their own right, rather than papered-on busywork for collecting main-game bonuses. I don’t see why companion apps couldn’t go that route. For now they’re both feeble and oversold, and I object.

Deep Silver’s new open-world zombie apocalypse survival scavenging game combines the clunky combat of their last game, Dead Island, with the stomach-churning first-person parkour action of Mirror’s Edge. I staggered out of the demo overwhelmed by physical and aesthetic nausea.

David Cage is the poor man’s Hideo Kojima: a dreadful hack who would blatantly rather be making movies than games. Beyond Two Souls (or Beyond: Two Souls, or Beyond Two: Souls or what the fuck ever it’s called) seems mostly an excuse to create a really, really detailed character model of Ellen Page and run her around in a potboiler story about a psychic CIA agent. The gameplay in the demo consisted entirely of a) free-flying Ellen’s ghostly sidekick around small arenas to use powers on enemies and b) quicktime event combat with no visual prompts. The idea in the later is that you follow Ellen’s body language to know which way to move the thumbstick, but this concept poops out a bit when Ellen is, for example, trying to dodge to the right but also punch to the left. Linear, superficial, and otherwise exemplary of everything wrong with big budget game development.

Runner Up – DEADPOOL
Seriously, I didn’t even try it, but let’s be real here.

Who Won E3 – Fuck you, let’s not pretend there’s any way to score an event like this
Honorable Mention – Gamers