Sig Fem Seks: Story: Dishonored is the story of Corvo Smith, a supernatural assassin living in a near future past city called Ratsburg. Ratsburg has become overrun with giant killer rats, and Corvo is recruited by a secret organization called “The Skeleton Masks” to kill the city guards he can find, who continue to fuel the rat infestation with their poor sanitation habits. Corvo is hunted by the game’s antagonist, Spymaster Killgallon, who will stop at nothing to stop and capture Corvo so that he may use his supernatural powers to make the Queen of Ratsburg fall deeply in love with him. Corvo must ultimately decide between helping rid the city of these pests by using his powers to murder those who oppose him, or use his abilities to make the Queen fall in love while remaining stealthy and reserved. When the ghost of Corvo’s wife appears to him in the middle of the night, Corvo must make the most important decision of his life.
Sonic Rob: Strategy tip: Acquiring too much honor through doing good deeds will lose Corvo his Dishonored status, ending the game. If you find yourself unable to assassinate your underage orphan targets, make sure to regularly visit Rape Alley to keep your honor in check.
END_OF_DOCUMENT_TOKEN_TO_BE_REPLACED

So Autumn is here, and with it the awful hate parade that is the Video Game Holiday Season, now literally longer than an actual season.

Most other towering horrors are best tackled with some sort of gameplan, so I’m going to throw down a rough outline of the upcoming media torrent’s few offerings that I hope might be filled with creamy dulce de gioco rather than the grainy nougat of mediocrity:


October 6 – Resident Evil 6
I have RE5 still sitting unopened on the game shelf, so this isn’t any sort of early purchase, but RE4 was so, so, so very good that I still have tons of leftover good will for the action-horror era the franchise has moved into. Once I’m done with 5 – someday, shortly after I learn Esperanto and lose 20 pounds – 6 will pop up onto my “buy this game if it’s under $20” radar. Assuming it doesn’t just turn out to be shit.

Hey, is it me, or does Leon get to wear the best jackets in these games?

END_OF_DOCUMENT_TOKEN_TO_BE_REPLACED 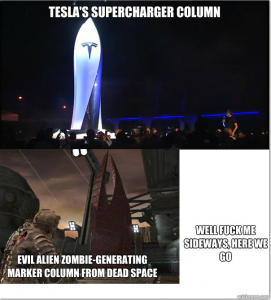 Fyrehaar: also, totally OT
Fyrehaar: “Peoples claims in the countersuit that every decision he made was approved by Keith Young. And he calls Vince Young’s unwillingness to accept responsibility “a common occurrence … as (former Titans coach) Jeff Fisher, (Texas coach) Mack Brown, numerous NFL executives, coaches, teammates, scouts, girlfriends and illegitimate children will attest.”
Sonic Rob: oh snap
Fyrehaar: right?
Sonic Rob: btw, playing the Raiders in madden franchise mode is an exercise in frustration
Fyrehaar: why them, do they cut and move to another city mid-season
Sonic Rob: well, you can
Sonic Rob: it might help, actually
Sonic Rob: they’re locked into several multi-year high-paying contracts with mediocre players
Fyrehaar: oh damn
Fyrehaar: and you have to honor them
Sonic Rob: so you start off with a shit team, you’re trying to rebuild it with free agents and good draft picks
Sonic Rob: and meanwhile Jamarcus Russel’s salary is 10m and climbing every year so I can’t afford to hire the rookies I draft
Sonic Rob: to say nothing of Javon “$14m over 5 years isn’t enough for me to hang onto the goddamned ball” Walker
Sonic Rob: or Robert “mobility and pass-blocking skills of a rusted dumptruck” Gallery
Fyrehaar: time to Moneyball that shit!
Sonic Rob: no, I’m seriously gonna go for Moneyball here
Fyrehaar: nice
Sonic Rob: I trade draft picks so that instead of drafting 1 player in each of 7 rounds I’m drafting 4 or 5 times each in the 4th and 5th round
Fyrehaar: heh
Fyrehaar: get some options from other teams for that shit
Fyrehaar: trade Russell!!
Sonic Rob: get lots of solid dudes locked into 7-year contracts for cheap
Sonic Rob: and instead of having a buff first string with shitty everyone else, have depth
Fyrehaar: word
Fyrehaar: depth is where it’s at
Sonic Rob: If I trade Russel I take his guaranteed pay for the year as a cap hit
Fyrehaar: oh fuckin hell
Fyrehaar: he’s a damned poison pill
Sonic Rob: I literally can’t afford to trade him away now that his pay has ballooned so high
Fyrehaar: art imitates life
Fyrehaar: but that is the point isn’t it?
Sonic Rob: At Least with Nnamdi Asomugha he costs his weight in gold but he’s worth it
Fyrehaar: Man, there are some great names in the NFL, aren’t there?
Fyrehaar: Like, they could all work for NPR when they retire

FyreHaar: we got one today
FyreHaar: and the e-mail on the resume was
FyreHaar: MrVegas1965
Sonic Rob: on
Sonic Rob: on a resume?
FyreHaar: yes
Sonic Rob: like, to try and get a job with?
FyreHaar: at a fortune 500 company
Sonic Rob: Mr Vegas 1965 is your email address if you do Mel Torme covers on Fremont Street
FyreHaar: is that not hilarious?
Sonic Rob: It says (in order): I am slightly patriarchal; I lack any sense of irony when consuming popular culture; I am around 50 years old
FyreHaar: didn’t even read the rest of the resume
Sonic Rob: gmail is free, yo!
FyreHaar: right?
FyreHaar: you can make a new address!
FyreHaar: they aren’t rationed
Sonic Rob: Dude P Dudington@gmail is available right now
Sonic Rob: or whatever your name is
FyreHaar: or yahoo
FyreHaar: or hotmail
FyreHaar: or whatever
Sonic Rob: I feel bad for this dude. He is a middle aged guy, on his 2nd or 3rd career now, and not internet savvy enough to realize that his old AOL account name isn’t very professional
FyreHaar: did you not have e-mail at your last job?
FyreHaar: do you think it has to be the same user name everywhere or you will break the internet?
END_OF_DOCUMENT_TOKEN_TO_BE_REPLACED

The writing is on the wall for my beloved Winona, as she is now struggling to run Total War: Shogun 2, a demanding but by no means unprecedented strategy title from last year. I’m sure she’ll be able to swing Portal 2 when I get around to it as well as any number of other titles; indie stuff like Bastion still glides along just fine.

It’s only a matter of time though, now. If your PC fails to run a current game at playable speeds even on lowest settings – any game not named Crysis – you’re going to need to start spending a lot more time looking at Tom’s Hardware in the near future.

I’m thinking my next PC will be named Vera.

END_OF_DOCUMENT_TOKEN_TO_BE_REPLACED

$10 once again gets you three new maps (for a total of 11 if you bought the previous DLC) and a new play mode, Dreadnought Assault. In this mode two teams compete to capture a point in the middle of the map, presumably much like in Seize Ground. The team that succeeds spawns a player-controlled Dreadnought armed with an Assault Cannon, Meltagun, and giant crushy killy fist thing. It’s the closest the game has yet come to just giving players a tank. Once the dreadnought is destroyed the process begins again. It’s not clear from the press release how you go about winning this mode, although at a guess I’d reckon either kills or by summoning the Dread a certain number of times.

There’s also yet another set of skins for the outrageous price of $3 each. This time it’s Death Guard and Iron Hands, which at least should give the game artists a chance to have some fun with bionic legs, distended bellies, and so forth.

I’m sort of intrigued by all of this but I’m wondering about how the Dreadnought gets around the map. Can he smash through walls? Does he have to duck to get through doorways?

What do you think? Is anyone still playing Space Marine?

Sonic Rob: question, btw
Fyrehaar: ??
Sonic Rob: yo, is this racist?: Leeroy Jenkins
Fyrehaar: ooohhh
Fyrehaar: good question
Sonic Rob: cause it’s funny as fuck
Sonic Rob: but the name, and the way he says it
Sonic Rob: and the chicken
Fyrehaar: well
Fyrehaar: we aren’t laughing because we don’t know Leeroy’s race, although there is an implication of blackness
Fyrehaar: we are laughing at his buddies
Fyrehaar: who do all this planning and get fucked
Sonic Rob: I dunno, Leeroy’s pretty fuckin funny too
Fyrehaar: so I would say
Fyrehaar: probably not
Fyrehaar: it’s more like, Yo, is this Geekist?
END_OF_DOCUMENT_TOKEN_TO_BE_REPLACED