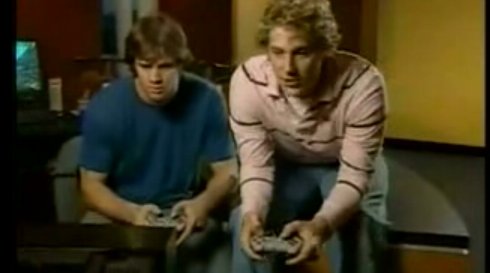 I’d like to take a few moments to discuss “The Tester”, this new reality show being put out by Sony and the good folks behind Flavor of Love. By way of establishing my bona fides to comment on this issue, I’ll reveal that I’ve been working in software quality assurance (i.e. testing), mostly for video games, since May of 2005. I’ve worked at publishers and developers both in America and abroad, and I’ve worked with literally hundreds of game testers. I think I can speak with some authority when I say that holding a talent contest to select a game tester is meaningless, deceptive, and foolish on a level that’s usually reserved for political talk show commentaries.

Come with me now to press release-land, and I’ll point out a few interesting landmarks:

Are you at the top of your game? Now you have a chance to prove it in the new reality competition series for PlayStation Network called “The Tester.” This original program will challenge a select group of gamers in a series of tests to determine if they have what it takes to make it as an official Game Tester. The elimination competitions throughout the series will not only test the contestants’ video game knowledge, but they will also challenge the gamers’ memory, stamina, dexterity, and overall mental prowess.

Big Lie #A1: They’re pretending that video game QA requires some array of elite skills – it doesn’t. I’ve known testers who were functionally retarded, literally people with serious mental disabilities who were considered acceptable testers. Most testers I’ve known had nothing more than a car and a tolerance for working at minimum wage. QA is digital burger-flipping, especially at a big publisher like Sony. You don’t need stamina, dexterity, and mental prowess. You need the ability to follow directions to the letter, the patience of a Bodhisattva, and the ability to hold a pen and make tick marks on a piece of paper. Anything else is a waste, ’cause you won’t be using it as a tester. Consider moving back in with your your parents to save on rent, like most testers do.

Contestants must have the whole package to take home the coveted prize in this new original series. That’s because the lucky winner will earn a contract position at Sony Computer Entertainment’s Quality Assurance department in San Diego, CA, where he or she will get hands on time with the most highly anticipated games in the industry.

Big Lie #2B: They’re pretending this is some great prize. “Contract” means you’re a temp. Don’t get that confused with a job where there’s a permanent contract between you and the game company; that would be a “salaried” position. I got my first contract position by emailing in a resume with my paltry retail experience. After a 15-minute interview I had a contract job in the game industry… at least for a year. Here in California testers, like all temps, must be hired or let go after a year. Guess which usually happens? Until I got my salaried position earlier this year I worked every game job with a time bomb under my chair – I had 12 months at most, less if the company decided that shipping my game was a good occasion to mark with a mass layoff.

Big Lie #3Q: It’s hard to tell if they mean Sony Online Entertainment or Sony Computer Entertainment, San Diego Studios. Either makes great games. You don’t want to be a tester there if you love these games. There’s nothing more frustrating than playing the malformed fetal prototype version of a game you’re looking forward to, complete with bad ideas, broken upgrades, and hideous crash bugs at every turn. Even worse is starting out on a project that seems really un-promising, seeing it begin to grow and develop into something really worthy, and then watching all the good bits get chopped unceremoniously from the game so that it can be shoved out the door to make a ship date.

Remember, testers don’t get to play games, we operate them, and look for flaws in the operation of the mechanism. Testers spend weeks losing the game on purpose to try and find problems in the scoring mechanism; they run around bonking into all of the walls to check that the right audio plays; they write suggestions on how to improve the title that are almost universally ignored or mocked. If you’d like to do this, you don’t need to enter a TV contest and bust your ass for who knows how many weeks. Just check craigslist for a “Be a Game Tester” listing, arrive for the cattle call, and don’t eat your own shoes during your chat with the QA manager. Voila! A tester is born.

[snip]If you think you’ve got the personality – and the skills – then fill out the online submission form and upload a short video telling us about yourself and why you think you’re a perfect contestant for “The Tester.”

See that? Skills are an afterthought. Reality television being what it is, I’d advise against those who choose to watch The Tester pinning their hopes on the person who most deserves to win. These shows are more about characters and conflict than talent or skill. If you read the fine print at the end of a show like Top Chef or Project Runway, you’ll see that the producers get a veto over the judges in order to make sure that the most irritating, charming, or controversial players remain on the show for as long as possible. And because shows like this are trying to duplicate previous successes in the genre, certain familiar archetypes have a good chance of emerging through the course of of the game. If you enter a Tester office pool, consider placing your money on one or more of these human caricatures:

[h/t to Matty Chang for the original link]

One thought on “Tighten Up Those Graphics”